Everything you need to know about the Zanzibar flag!

Curiosity is limitless and people tend to have a lot of curiosities about everything, including (or especially) their holiday destinations. This is why, after we talked about its geographical place, nightlife, time zone, food, prices, vaccines, weather, and music, it’s time to talk about the Zanzibar flag.

The actual Zanzibar flag (portrayed below) consists of three horizontal stripes – blue, black, and green – while in the top left corner, there is a miniature version of the Tanzanian flag (same three colors, but in diagonal stripes, with a little bit of yellow in between them). This special design goes to show that our magnificent island in the Indian Ocean belongs, de facto, to the African country whose capital is Dodoma. The current flag was adopted on 9 January 2005.

Zanzibar flag – from red to black & yellow and then blue & green

However, before that, there were no less than 6 other versions of the Zanzibar flag, as follows: 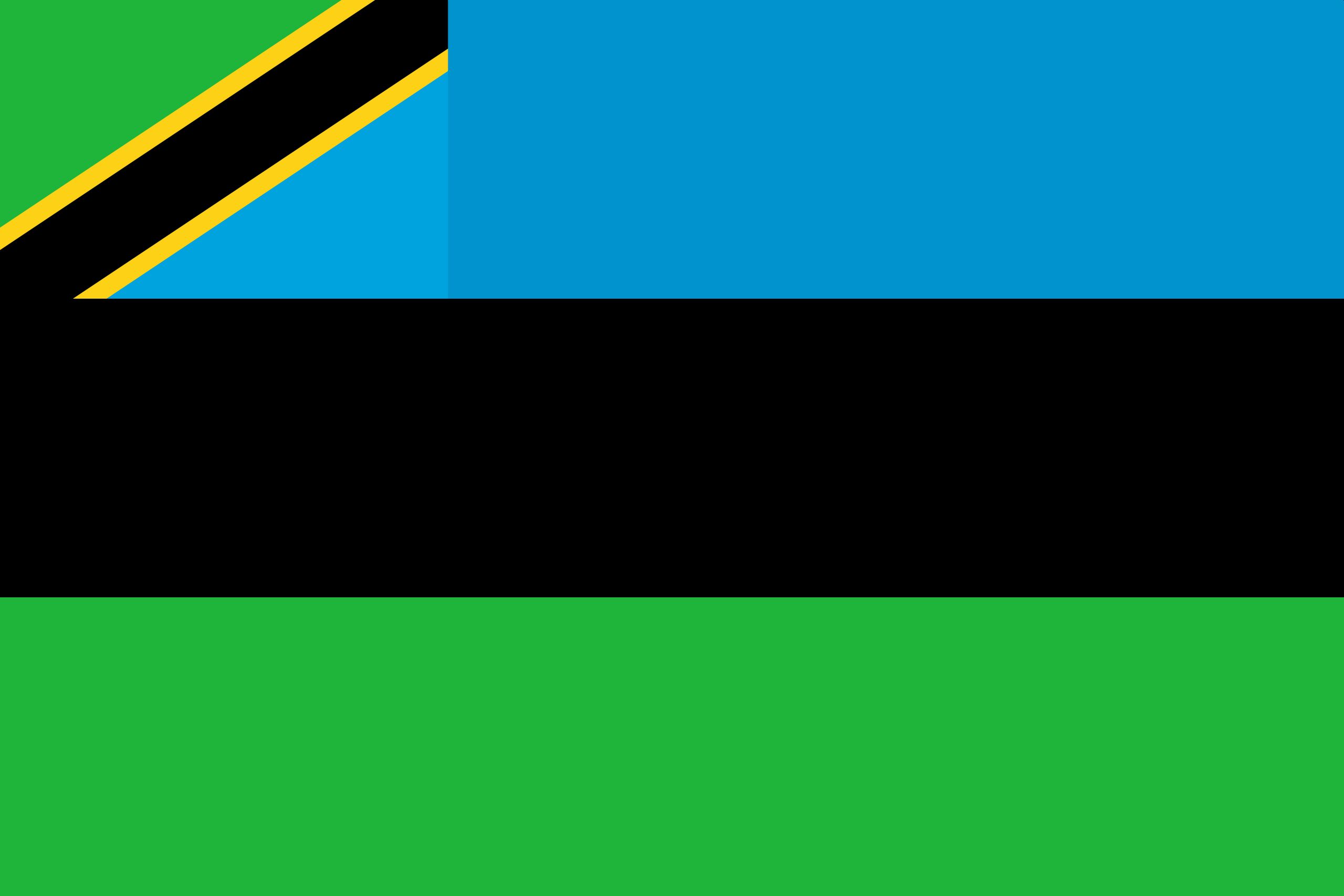 The flag that lasted only for 18 days!

As you can see, in less than 170 years, Zanzibar had 7 flags, some of which have lasted for almost 70 years, while others were in use for just a few days. Why is that? Everything has to do with the turbulent history of our semi-autonomous territory. Zanzibar was part of the Sultanate of Muscat and Oman since 1698, then, almost 160 years later, an independent Sultanate of Zanzibar was declared, followed by the British protectorate period. Then, in 1963, Zanzibar gained independence from the United Kingdom, only for the flag to be changed when the People’s Republic of Zanzibar was founded.

Just a few months later, the design was changed again, when a new Zanzibar flag, based on the Afro-Shirazi Party flag, was adopted, which went on to be the longest-lived post-independent flag, eventually forming the basis for the current design.

In conclusion, now you know the evolution and the changes that were the basis of the current Zanzibar flag, which keeps the colors of the Tanzanian flag and even pays tribute to it, reproducing it on the canton. Actually, this flag form is pretty common: The United States of America, Australia, and New Zealand, all have it, but in different variants.