Where is Zanzibar? The geographical, tourist, and social place of the gorgeous island!

There are many tourists who travel without being interested in more details regarding the place they go to. Although the beauty of the landscape, the delicious food, and the unique experiences you go through give you the feeling that you don’t need any additional details about your vacation destination, ignoring them can make you miss some interesting aspects.

For example, if you choose Zanzibar, you’ll be hypnotized by the beauty of the place, which seems to be a little corner of heaven. The white & fine sand continues with the blue waters of the ocean, and it can sometimes be difficult to distinguish the horizon line. The hospitality of the locals and the numerous excursions you’ll be a part of can distract you from the fact that Zanzibar is a unique place in the world, from a historical, geographical, and cultural point of view.

Therefore, before setting off, here are some essential details about the archipelago where you’ll live some of the most wonderful days of your life!

So… where is Zanzibar?

Imagine that you have opened the Google Maps app on your phone and you want to go to Zanzibar. You’ll have to zoom out a lot to get all the way to Africa, more precisely in the Southern Hemisphere. On the East coast of the African continent and the West of the Indian Ocean, you’ll discover Tanzania, officially called the United Republic of Tanzania. It’s made up of the main territory, Tanganyika, and the Zanzibar archipelago – a combination that emerges from the name of the Republic. 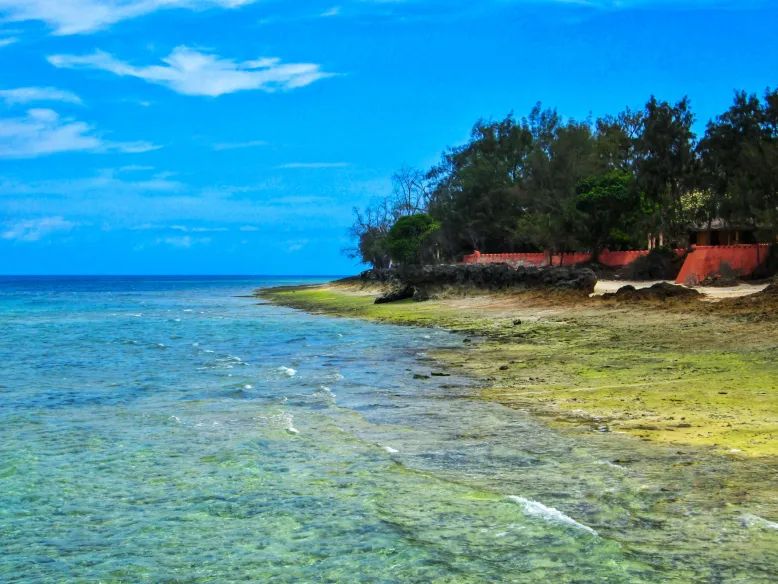 Although it belongs to Tanzania, Zanzibar remains a semi-autonomous territory, where there are two official languages, Swahili and English. Moreover, if you fly to Zanzibar and don’t transit through Tanzania, you’ll not need the special vaccine required by the latter.

Zanzibar consists of two main islands, Zanzibar (in the South) and Pemba (in the North), as well as many other small islands. The existence of coral reefs in the West of the archipelago creates a fragmented coast, with a narrow beach and deep waters. On the Eastern side, the coast is exposed to the influences of waves and tides, which is why there even exists an island here that disappears and reappears periodically.

The capital is located in Zanzibar City, where there is a place that everyone must visit: the old city of Stone Town. Surprisingly or not, this is the place where one of the most beloved artists of all time, Freddie Mercury, the lead singer of Queen, was born. In the city, there are buildings erected by the Portuguese, Indians, Arabs, or British, proof of the cosmopolitan history of the place!

The official currency is the Tanzanian shilling (TZS), and 1 euro is approximately 2,440 TZS. The island’s economy is based on tourism, fishing, and the cultivation of spices. The latter are used for cooking or for various cosmetic and pharmaceutical products.

Tourists prefer to visit Pemba, the Northern part of the island, and one of the most beautiful beaches here is Nungwi. However, there are numerous optional excursions in Zanzibar, through which you can closely admire the diverse flora and fauna of the island. Among the surprises you’ll have, we mention the Red Colobus monkeys, endemic species of dolphins & birds, giant turtles, and many others. So, embark on an adventure in a unique place in the world and you’ll be impressed at every step!